I was reading The Victorian Age in Literature, by G. K. Chesterton, and for a change was surprised by a quote that wasn't Chesterton's, but seemed addressed to modern culture. I suppose it was, since there are direct connections from that era to this.


I'd never heard of William Watsony. The part Chesterton quoted is highlighted. Today we call this "authenticity."


I have not paid the world
The evil and the insolent courtesy
Of offering it my baseness for a gift.

And unto such as think all Art is cold,
All music unimpassioned, if it breathe
An ardour not of Eros' lips, and glow
With fire not caught from Aphrodite's breast,

Be it enough to say, that in Man's life
Is room for great emotions unbegot
Of dalliance and embracement, unbegot
Ev'n of the purer nuptials of the soul ;

And one not pale of blood, to human touch
Not tardily responsive, yet may know
A deeper transport and a mightier thrill
Than comes of commerce with mortality.

Have a look at the Bunimovich stadium. Trajectories become relatively random quickly. The animation is fun, and there's a static image about halfway down the page that shows what's going on.
Posted by james at 3:35 PM No comments:

Authenticity in China.. and money

This Aeon article claims that Chinese ideas about original and copy differ substantially from Western notions--that if something is made in the spirit of the first creation, and I gather (perhaps wrongly) with the same materials and tools, it effectively is a new original. It sounds nice and plausible, and it looks like there is a history of this attitude. I don't have the scholarship to confirm or deny, but I think I can claim that the rule Byung-Chul Han proposes isn't universal. (In the process I got sidetracked.)


It certainly didn't apply to paper money -at least not from the point of view of the Emperor, who prescribed execution for copying it (although in eras when the money was badly depreciated and deprecated, the penalty might only be a fine). And if the provenance is culturally important--this belonged to Duke Zhou--I'm not persuaded that a buyer would be as satisfied if the piece were more recent. (The artifact would no doubt still be valuable, if Han is right.)


Read the Aeon article--and the one about paper money is interesting too:


A most original solution to the counterfeiting problem occurred in Sung times after a large shipment of counterfeit money had been seized. During the discussion as to what should be done with the counterfeiters, one court official stated that the current policy of beheading the criminals and destroying their money was a mistake. He proposed instead the following: “If you put the official imperial stamp on the counterfeited paper, it will be just as good as genuine paper. If you punish these men only by tattooing them, and circulate these notes, it is exactly as if you saved each day 300,000 copper cash together with fifty lives.” It is said that the proposition was adopted.


I have concluded, therefore, that the representation of only nine coins, or 90 cash per string was deliberate. But how can 900 cash be the same as 1000 cash? The explanation, I believe, lies in the fact that during the Hung-wu reign 900 cash passed for 1000; just as 770 cash represented a string in Sung dynasty times and 800 during the Chin dynasty. In other words the government’s financial arm, the Board of Revenue, must have set the relation of cash coin to the value of a string by decree. Thus the official value of cash in the marketplace would vary from time to time.


When emperor Shin Tsung of the Posterior Chou ascended the throne in 915AD, he was in great need of funds. He seized over 3350 monasteries and then gave orders to melt all Buddhist bronze images found there so that they could be turned into cash. The emperor declared that Buddha himself would raise no objection, having in his lifetime given up so much for mankind. The shortage of money also caused the emperor to send a fleet of junks to Korea to trade silk for copper with which to mint cash coins. 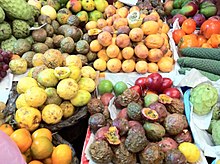 I hoped that was what He said, but apparently it wasn't exactly like that.

He died age 94 before he could begin serving his sentence for his role in Auschwitz. He was a bookkeeper. He was sentenced in 2015 to being an accessory to murder of 300,000 Jews, and, his appeals having failed, was about to be imprisoned when he died.


Wikipedia has his story. One might ask why the authorities waited so long to try him. He was charged based on his own testimony--he couldn't stand Holocaust deniers, and told of where he had been and what he had seen. He considered himself relatively innocent--he had never been more than a bookkeeper, and had tried to leave.


Read his story. He's an interesting mix of self-deception and integrity.

The word is that this year's immunization was only 10% effective. I must be in the 90%. The flu is ended, but a malady lingers on.
Posted by james at 12:46 PM 3 comments:

LSD is 'harmonizing' for the brain — and can change your personality for years, studies find".


The study found that taking LSD is “harmonizing” because it helps connect different parts of your brain in new ways while “reorganizing” it. The effects were temporary, but Newsweek reports that it’s a positive sign for people with some psychological conditions.

Wait, I thought they just said "for years." There's more...


And some in the tech industry have started to take LSD in small amounts to increase their productivity.


“I had an epic time," he told Rolling Stone after one day at work. “I was making a lot of sales, talking to a lot of people, finding solutions to their technical problems.”

Actually, that might explain some things happening in software recently...


I'm glad you asked. Basically it is just a harmonic analysis of brain surface electrical patterns. Despite what they claim in the text, I don't see that the various harmonic patters bear necessary resemblance to conectivity--they appear to just be the spherical harmonics mapped onto a brain instead of a sphere. (And the text bears that out--this models the surface only. Other tools are supposed to address inner workings--I think.) The other examples plotted do not all fill me with confidence: e.g. the "mammal-skin"-shaped plates were supposed to show something significant? Hint: in a real mammal one boundary condition on the skin is that it wraps around.


This quote jumped out at me:


One well known problem with using spherical harmonic decomposition of a pattern is that measurement uncertainties (and any sorts of gaps in the measurement coverage) make the higher frequency harmonics pretty meaningless. Been there, done that, got nothing.


So, maybe there's something to look at, but I'd be very careful about drawing conclusions.


Oh, yes, where did that "harmonizing" come in? The only use of the word in the paper is in the name of an ethics committee.


My guess is that it either comes from the vivid imagination of the science reporter, or a translation problem in talking with the Spanish researchers.

I've had a plate of the small ones a few times. They're OK, but quite a long way from being my go-to dish. My sense was similar to this Slate writer's: "Here is food." Except he likes them better.


That article is interesting--he reports on a claim that the famous escape artist Inky didn't actually escape. And some of the other things you've heard...


In spite of their purported brilliance, the study found that octopuses did not learn to do the task any better over time. (They’re slow learners in other contexts, too.) And what about the classic research from the early 1990s, which suggested an octopus could learn to choose a colored ball just by watching other octopuses? That behavior, which helped make the octopus an “honorary vertebrate” for the purposes of British law, isn’t so extraordinary, even for invertebrates. Bumblebees, for example, can learn to choose between green and orange flowers after watching other bumblebees. Yet no one ever calls the bee “the genius of the garden.”


I guess it’s easy to write off bumblebees, since they seem so much the same. The octopus, on the other hand, delights us with its special talents and funny personality. We hear Inky was “a curious boy,” that Otto was prone to getting bored, that Ozy was a whiz with jars, that Paul would sometimes share his thoughts on soccer games. But this focus on the octopus’s temperament and character might also be a canard. While research published in the early 1990s found some hints that octopuses might have personalities, their patterns of behavior didn’t even seem to hold across the two weeks of the study. A more recent paper, out in 2010, suggested an octopus doesn’t have an overarching disposition. (There is better, formal evidence for personality in cuttlefish and squid.)


Ahh, reproducibility... Hank was a fun cartoon character, though.

AVI posted recently some thoughts about judgmentalism. I mulled over responses, and then realized that (as usual) Chesterton said it better.


"Modern theory, as a whole, is rather encouraging egoism. But we need not be alarmed about that. Modern practice, being exactly like ancient practice, is still heartily discouraging it. The man with the strong magnetic personality is still the man whom those who know him best desire most warmly to kick out of the club. The man in a really acute stage of self-realisation is a no more pleasing object in the club than in the pub."


There's a natural revulsion against the mere man who presumes to know my thoughts and judge my actions. Especially when the touchstone du jour puts the thumb on the scales.

Most of the driveways in our neighborhood are asphalt, in various states of maintenance. Ours was in pretty bad shape when we sprang for a concrete replacement a few years ago. It made shoveling the driveway much easier, though sometimes a tad more slippery than the rough asphalt had been.


I just looked out the window to see several kids from nearby drawing on the driveway with chalk. We've no objections, of course, but I wondered why ours would be popular, since we don't have kids that age at home anymore.


Concrete makes a better canvas for chalk art. I'd go out and look at what they drew, but the flu has me down.

"Archaeologists have uncovered a Native American burial site dating back 7,000 years off the coast of Florida."


I've been hoping to hear of such things for a long time, but didn't think them likely. Stand on the seashore and watch the waves, and then come back the next day and see how wave action tore things up. But apparently this site was in a peat pond, and was buried naturally before the ocean levels rose, and so was partly protected from the breakers.