On the topic of simple things: Read about the history of the "Opener, Can, Hand, Folding, Type I". 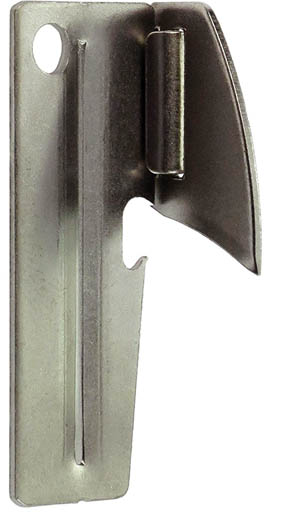 "In a pinch it might be used as a screwdriver to help field strip a weapon, cut seams on a uniform, or scrape mess kits clean. To accomplish a mission it could strike flint, measure inches, strip wire, deflate tires, adjust a carburetor, or pick inside a wound. Need a box cutter, marking tool, or decorations on a makeshift Christmas tree?"


The article claims that it was not named after the airplane, and that some suspect that it and its bigger "also-not-named-after-an-airplane" brother the P-51 were named after the number of squeezes needed to open a can. I humbly submit that it probably was named in honor of the plane, especially given the second name. Looked at from the side by a child or a tipsy adult, the tool has an airplane look to it. I have a mental picture of a couple of little boys playing zoom zoom airplane with prototypes that daddy brought home from work.