The Church's One Foundation

AVI quoted a verse from The Church's One Foundation--the one about "She is from every nation, Yet one o'er all the earth."


I'd heard that Samuel J. Stone had written a dozen hymns to illustrate the articles of the Apostle's Creed, of which only the one for Article IX was commonly sung anymore. Have a look at Lyra fidelium. He wrote a song for each article, illustrating the song with scripture citations.


Most clergymen are aware how many of their parishioners, among the poor especially, say the Creed in their private prayers. And they cannot but feel how this excellent use, as also its utterance in public worship, is too often accompanied by a very meagre comprehension of the breadth and depth of meaning contained in each Article of the Confession of Faith. Such a feeling first suggested to the Author the probable usefulness of a simple and attractive explanation of the Creed in the popular form of a series of Hymns, such as might be sung or said in private devotion, at family prayer, or in public worship.

He wanted "Tune 142" to go with The Church's One Foundation, but apparently AURELIA is the standard now. "In Lyra Fidelium (Fig. 1), Stone’s designation “Tune No. 142” for “The church’s one foundation” referred to the first edition of Hymns Ancient & Modern (1861)"


Someone who can read music better than I may be able to tell if AURELIA is a better tune than what he had in mind. 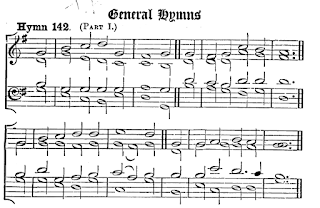 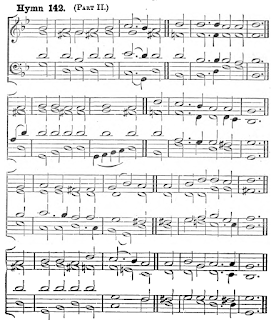 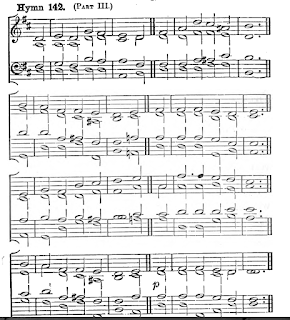 Of the other hymns, I think parts of them are good, but the grammar is often so badly twisted to match the meter and rhyme that it is no great wonder that only one survives.


But I think he had an excellent idea.

Thank you. I had never seen such an exposition of the Apostles Creed, in spite of how widely it is repeated. As contorted as the grammar is to make these hymns, it is an interesting comparison to the church music that is being written today.

I know that tune as "St Alphage", more commonly used as in A&M with "Brief Life Here is our Portion": https://www.youtube.com/watch?v=JZM5Dz9MKn0

Thanks for spotting that. It fits. After hearing it, I think the usual setting works better, though.